I had done this illustration a while back on adobe photoshop. It was created at a time when going out was not really on the agenda, I had not job, and staying in on the sofa became an everyday thing. So my mental state was not really at its best at this point. This illustration was meant to be more of an emotion or a feeling; something that I needed to allow myself to do. Break out of the rut I was in, get out of the house and have a life again.

The focus of this piece is on how the hierarchical system works with regards to giving permits to buildings that should not be allowed. The citizens of each locality have a duty to maintain and be proud of the area they live in, but in this case no one bats an eye with the atrocities that are being built all around Malta. Large plots of land that are meant to be common areas, as well as protected areas, are being handed out on a silver platter to developers. The government is pro building and doesn’t care about the amount of bio diversity that is being lost forever, as long as money is involved everything and anything can be approved. This all boils down to selfishness and greed.

The picture portrays a big fat man with a pig’s tail eating trees and excreting houses, this represents the government. To the right of the image are three women, one with covered eyes, the other with a covered mouth and the last with covered ears; this represents how a large majority of Maltese citizens do not voice their opinion and make a difference, choosing to turn a blind eye.

The Domvs Romana is a Roman-era house situated on the boarder of Mdina in Malta. This beautiful ruined house is filled with excavated artifacts dating back to the 1st century BC. The house is lavishly decorated with intricately designed mosaics that cover the floors. Behind this house are a few more ruins of other smaller settlements. Among these are smaller artifacts neatly displayed all through the pathway, as well as some beautiful large sculptures. Looking at these historical artifacts can make a person feel so small and insignificant, you end up wandering what the lives of these people were like and how they acted.

The floor mosaics possess great depth and repetition that could leave the viewer mesmerized for hours. This experience made me realize how insignificant our lives are, and what little time we have on this earth. The only way we can live on is through art and even that doesn’t always make it.

The Uncanny Valley is a graph created my Masahiro Mori in the 1970’s, where he mapped out the how humans have an innate affinity towards human likeness, and turned it into a graph. He found out that the closer an object gets towards hyper-realism the more repulsed or even horrified a person gets. Mori explains he’s feelings towards wax figures, how they are highly realistic and retaining an uncanny aesthetic due to their eyes being constantly open, watching you. To some people this would be the peak point of the “uncanny valley”, the aesthetic the makes your skin crawl. This graph can be applied anything, including art, film, sculpture and literature. “Westworld” is a series that explains Mori’s concept perfectly.

The “Westworld” park is supposed to be a place where people can choose who they want to be and get away with murder, literally. All the people inside this park are robots that have an uncanny resemblance to humans, in looks and mannerisms. There are parts in the series when the robots are being assessed, here they are dehumanized loosing all human mannerisms, this changeover is so drastic that we suddenly find ourselves wandering how strange and almost scary they are. To create this effect, the special effects section would slightly tweek the eyes of the people acting as robots so as to make it more believable. In this series there is a lot of focus on the eyes, seeing as they are the main feature that a person empathises with, by manipulating them they automatically dehumanize the “robot”. This technique along with voice alterations and specific mannerism changes, create the ultimate uncanny effect.To me this series as a whole is a well thought out masterpiece that takes the viewer on an insanely uncanny journey.

(Life in her eyes)

(No life in her eyes)

Swiftfilm. 2016, How WESTWORLD Uses Special Effects To Achieve The Uncanny Valley Effect On Its Actors.  [online] Available at: <http://www.swiftfilm.com/how-westworld-uses-special-effects-to-achieve-the-uncanny-valley-effect-on-its-actors/&gt; [06 March 2017].

Many horror movies love to play on the corruption of the innocence of a child or even an unborn child. When directors forge the link between evil and children the line between monster and victim are blurred. The root of these films came out of the fear of parenthood, gender, social responsibility or even just folkloric myths. An uncanny effect takes place when these criteria are reached, as well as when dolls, that are usually associated with children, are also involved. A few examples of films that hit these points are, The Exorcist, The Boy and The Ring among many others. 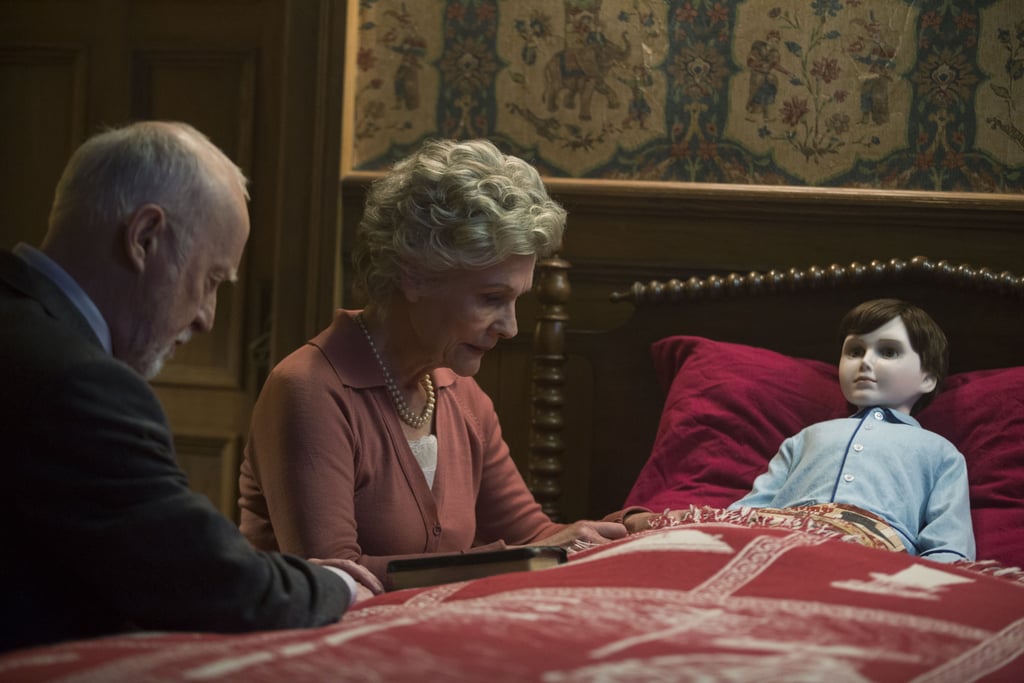 As Darren Stein explains, “It’s terrifying for people to see innocence perverted. Children aren’t fully formed physically or emotionally, so there’s something inherently “other” about them. Somehow they’re more impressionable. They could turn on you at any moment.”

This feeling in film can also be translated through sculpture. Below is a sculpture of a doll done by Tari Nakagawa, as you can see, the face alone gives off a lot of mixed emotions like sadness, sorrow, provocation, death or even just scary. Her green sullen eyes grasps the viewers sight in an almost provocative gaze.The body on the other hand gives off different vibes, about all the possible ways this “little girl” has died, if she was in fact murdered or if she is coming to haunt us. Other aspects that add to the creepy aura given off by this doll are, the messy hair and her posture which is quite inviting and vulgar.

Hopes&Fears, 2017. Why are there so many creepy kids, dolls and clowns in horror movies?. [online] Available at: <http://www.hopesandfears.com/hopes/culture/film/216733-creepy-children-girls-dolls-clowns-horror-movies&gt; [Accessed 23 February 2017].